~ Midwest Chinese Martial Arts Center - Sifu Scott Winokur trained with Master Li in mostly private and some group classes from April 1990-1997 and then on occasion in the 2000's, Master Li was the driving force for Sifu Winokur to open his first studio (Midwest Chinese Martial Arts Center) to the public in 1992. Master Li was one of his groomsman at his wedding in 1994, taught in my school from 1994-1997. He served as an Honored Chief Wing Chun, and Tai Chi Judge at KC's Golden Dragon Classic Tournament many times, hosted by Sifu Winokur and MCMAC.

Master Randy Li was one of my Sifu Instructor's, a one-time mentor of mine, The Chinese Martial Arts Community of Greater Kansas City, morn the passing of a great master of (2nd Generation) Yip Man Wing Chun & (5th Generation) Yang Tai Chi,. We honor his memory and wish that he has gone into the light and is now part of the Chi , and is a guiding light or others to follow the path he strarted,  We at MCMAC  carry on the arts he passed to me Wing Chun, Tai Chi, Chi Kung, & Feng Shuai, as well as Chinese weapons Taiji Gim (straight sword), Ving Tsun Swords (Wing Chun Butterfly Knives), and 6 1/2 Point Pole (Wing Chun 8' Long Staff), as of this year 2020 I had known him 30 years, July 2020. 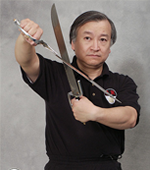 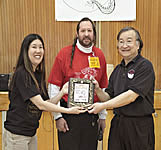 May the Lord bless you, shine his light apon you, and grant you peace