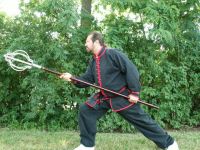 This month we will discus the importance of water, as the sign Scorpio (Chesvan) has just past, it began October 29, of this year. The Zodiac Sign Scorpio is a water sign, much like the Tiger in the 8 Animal kung fu system. Water is one of the most powerful elements of nature, it can be calm and peaceful like a flowing steam, but it can also crash like a tidal wave, or tsunami. We have all seen the destructive power of water with Hurricane Katrina, then on the Texas Coast recently. In Myanmar or Burma a devastating Tsunami destroyed and overwhelmed everything in its path, humans, plants, and animals, nothing was sparred.  The Earth is covered by ¾ water, just as inside our bodies as plasma, we could not function without water, oxygen, electrical energy (chi), and food. The tranquility of water is world known; it has been used for centuries as a meditative tool. This slippery substance can range in manifestations from tidal waves to flooding and everything in between. The kinetic power of storms is legendary and goes all the way back to Noah in the Bible, or the epic tale of Gilgamesh. Even further back to the flood of the famous “Garden of Eden” at the apex of the Tigress and Euphrates rivers (also the Pison and Gideon) marks the exact spot where it was in Baghdad, Iraq. This area in the olden biblical times was called Persia,  and from space with science these 2 lost rivers Pison and Gideon were discovered as told in the Old Testament (the Hebrew Bible). The lost and forgotten rivers of the Garden of Eden were only recently discovered by the increase in technology of this electronic age, and can only be seen from space. These lost and important rivers could only be revealed by looking down on the Earth from outer space. In many cases and historical reports humans have been wiped out by the destructive power of water. Water can also be used to heal as we need it daily for our very survival, many studies have been done using “hot springs” as a power healing agent. It has been said that water from these springs has healing properties, also not scientifically discovered until the computer age. Fiber Myalgia, Arthritis, and other ailments are in constant research by top scientist, as well as several studies on Multiple Scloris patients. Water is one of the natural elements along with Fire, Earth, and Wind, and is one of the Chinese Elements used in Acupuncture. The Water element relates to our very emotions, in Acupuncture it is passive energy and corresponds to the Kidneys and Yin qualities. It also relates to the Bladder meridian and to Yang energy, water also can be seen with the color black, or navy blue. When using you 5 senses: taste is like the cold and salty sea water from the ocean. Fall and Winter seasonal months relate to emotional qualities that are cold, and dark like the passive femine energy of a mother tiger. The Famous Bruce Lee spoke often of the quality of water he said “water is formless, shapeless, put it in a teapot it becomes the teapot, put it in a bottle it becomes the bottle, it can be calm or it can crash, be water my friend”. We can also see the news a few months ago when in Northern California the waves were coming in at 80’ compared to the normal 20’ to 30’ waves.  The giant waves were proof positive water can cover you in a second, surfers know this fact, you literally get lost down there, how long can you hold your breath? Water can be above us as rain, and storms, it is already below us covering the planet, when the world was being created the Creator said “Let there be upper waters, and lower waters, and a firmament in between. We know the lower waters as the Seven Seas (oceans of the planet), and the upper waters as fields in Outer Space.  We have all looked up at the stars and the constellations,  but did you know that the constellation and the astrology sign Scorpio (October 23-November 21) or Chesvan in Hebrew starts each year right before Halloween, and was a water sign. The other astrology signs are Fire (Aries, Leo, Sagittarius) Earth (Taurus, Virgo, Capricorn), Air (Gemini, Libra, Aquarius), and Water signs (Cancer, Scorpio, Pisces). In fact the Scorpion’s tail points its way to Sagittarius (Nov 22-Dec 21) Bow and Arrow in the sky. This brings up an interesting fact Sagittarius being a fire sign and Scorpio being a water sign, if you combine these something happens. Either water puts out the fire, or water heats up and transforms into steam (air-gas quality) we are already standing on the earth this combines essential elements together with our soul is what makes us human. This hidden and unknown aspect that make us humans, makes us hunt for the answer to all of life’s questions, in such pursuits we uncover the 13th constellation Ophucus. This nearly unknown part of the fabric of space becomes clear again with the aid of computers and space exploration. This lost and final sign has a common thread with the Maya and their ancient calendar that runs its course on December 21, 2012, it just happens to coinincide with the Chinese year of the Water Dragon. This Hydra (water serpent) according to Greek writings, has also been adapted by the Medical Association as their symbol (staff wrapped by a snake) called the Caduceus staff. This symbol corresponds to the tail of Scorpio the Scorpion pointing the way to Ophecues, between the arrow of Sagittarius, this worm hole, portal, or star gate like doorway scientists say will open in 2012 with the alignment of various planets the sun will shine the way. For more info on Opehcues see Wikipedia.com

For all inquires, classes or programs available email  eightanimalkungfu@yahoo.com

Back to E Newsletter's Page